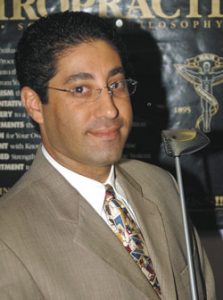 Dr. Todd M. Narson graduated from Logan College of Chiropractic in 1990 and is a Diplomate of the American Chiropractic Board of Sports Physicians (DACBSP®). One of only 413 chiropractic sports medicine specialists in the country; 1 of 23 in Florida and the only recognized diplomate practicing in Miami-Dade County, FL. In June-2014 Dr. Narson completed a sports medicine rotation at the US Olympic Training Center in Colorado Springs, CO. During his time there, he worked with staff athletic trainers, physical therapists, massage therapists and other physicians treating Olympic athletes from all sports.

With athletes from 52 different countries, Dr. Narson was team chiropractor for Team USA Triathlon at the 2019 ITU World Multisport Championships in Pontevedra, Spain.  Dr. Narson was a member of the sports medicine team at the 2016 U.S. Olympic & Paralympic Rowing Trials, Sarasota, FL. During August through October 2014, Dr. Narson traveled with Jamaica’s National Women’s Senior Soccer team as they played tournaments in Trinidad & Tobago (Caribbean Women’s Football Cup), their Orlando training camp and the 2014 CONCACAF World Cup Qualifier in Washington, DC. In 2011, he was granted an International Chiropractic Sports Science Diploma (ICSSD) by the International Federation of Sports Chiropractic (F.I.C.S.) and is the only chiropractor in South Florida with such international credential. Dr. Narson was a member of the COPAG international sports medicine team at the XVI Pan American Games in Guadalajara, Mexico, October 2011. During his tenure at the Pan American Games, he worked with teams from all over the Western hemisphere including Chile, Cuba, Ecuador, Colombia, Dominican Republic, Argentina, Peru & Mexico.

Dr. Narson is inventor and developer of the Narson Body Mechanic N6, the first ever soft tissue “multi-tool” used for Instrument Assisted Soft Tissue Mobilizations techniques such as Graston Technique®, FAKTR and others. In March 2013, Dr. Narson’s Narson Body Mechanic N6 was awarded a United States design patent (US D678,539S). He has been an M1 & M2 certified Graston Technique® provider for the past 15 years and is trained in FAKTR advanced soft tissue mobilization & rehabilitation concepts. 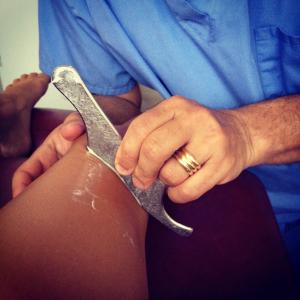 Along with Dr. Allen Miller, Dr. Narson has co-authored the paper: Protocols For Proprioceptive Active Re-Training Boards (balance boards). Published in Chiropractic Sports Medicine Magazine; the Journal of the American Chiropractic Board of Sports Physicians, Vol 9, No. 2, May 1995 pp 52-55.

Having chiropractors associated with hospitals was unheard of here in Florida until 1994 when a small group of chiropractors were credentialed here in South Florida. As some of the first chiropractors in the country to have such privileges, Dr. Narson was part of the original group accepted into the Chiropractic Division at Golden Glades Regional Medical Center. 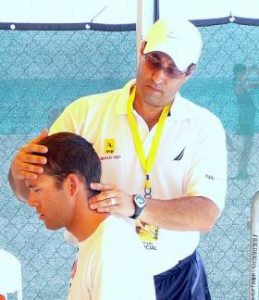 In 1994 Dr. Narson was asked to join the professional boxing team of Don King’s light weight contender: Lamar “COSHISE” Murphy and was named “Team Physician”. Providing the fighter with performance enhancement training techniques, nutrition and chiropractic care, Dr. Narson worked with the boxing trainers and traveled with team COCHISE Murphy around the country during his 1995 quest for the WBC lightweight title. Coors Lite, Gatorade, Jose’ Cuervo and Jiffy Lube were a few of the sponsors of large sporting events such as beach volleyball, triathlons and professional NASCAR racing that have credentialed Dr. Narson as an on-site treating physician. Dr. Narson has also been included on the sports medicine teams at the Miami Grand Prix, the Florida Sunshine State Games as well as other national and international sports competitions. 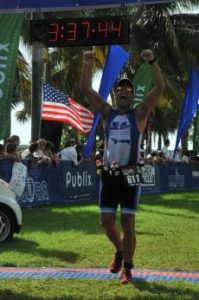 Dr. Narson has had the privilege of being invited to treat the cast and crews of the Broadway Shows: Les Miserables, The Rockettes, & Damn Yankees. To date, Dr. Narson has spent over 1000 hours working “on field” with athletes at various sporting events from local regional athletes, to world class Olympians, Paralympians & professionals.

Sports medicine is on the cutting edge of healthcare, Dr. Narson uses his experience and education with athletes and sports injuries to treat all patients, not just athletes. Dr. Narson feels everyone deserves the knowledge of a sports medicine physician, because everyone, in their own way is an athlete as some level.

Dr. Narson practices in Miami Beach with his partner and wife, Dr. Corey Narson. Drs. Narson has lived in Miami Beach since 1993 where they also raise their 2 children.

Under the training of Prof. Tzoni Kolev, Dr. Narson holds a 1st dan ranking in Shotokan Karate. He is an active triathlete, Ironman Miami 70.3 finisher and member of the South Florida Triathletes Team Hammerheads.

Dr. Narson worked as team chiropractor with the athletes of University of Miami’s varsity sports during the 2016-2017 and 2017-2018 seasons.

Dr. Narson was recently selected by Team USA Triathlon to be the team chiropractor at the 2019 ITU World Multisport Championships in Pontevedra, Spain. 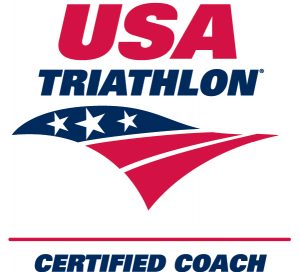